The Tor network is an anonymity system designed to protect the privacy and anonymity of its users. Unlike a VPN service, Tor is both free to use and decentralized. Sadly, there is plenty of misinformation around about Tor. This post aims to clearly explain Tor and to debunk various myths surrounding it.

How does Tor work?

The Path Tor works by sending your traffic over a network of thousands of voluntarily run nodes (sometimes referred to as relays). Each node is a server that is run by volunteers to help you improve your privacy and anonymity. Every time you connect to Tor, it will choose three nodes to build a path to the internet; this is called a circuit. Each of these nodes has its own function:

The Encryption Tor will encrypt each packet three times, with each key in turn from the exit, middle and entry node in that order. Once Tor has built a circuit, browsing is done as follows:

2. When the middle node receives the packet from the entry node, it too will remove a layer of encryption with its key, and find an encrypted packet with the exit nodes address. The middle node will then forward the packet to exit node.

3. When the exit node receives its packet, it will remove the last layer of encryption with its key, and find the destination address that the user wanted to connect to, and forward the packet to that address. 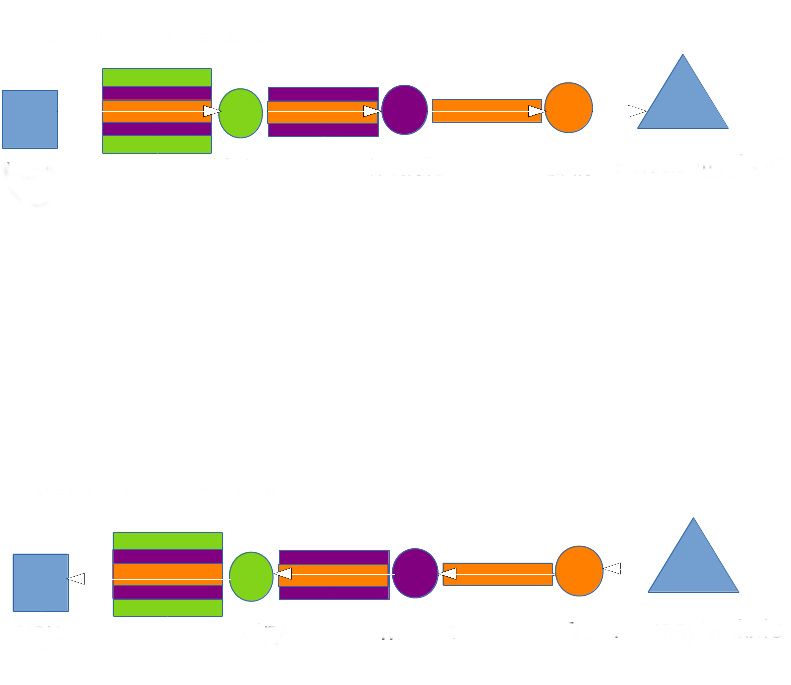 Although Tor is one of the best ways out there to protect your privacy and security these days, it sadly suffers from a bad reputation. This is the result of a number of myths which we’ll now attempt to debunk:

So you are saying Tor is unbreakable?

No, Tor is, like I mentioned above, not a silver bullet. While it is currently the best option we have, there are certain attacks that could be used against Tor (like traffic correlation attacks) to try and de-anonymize its users. For this however, other technical measures can be taken to protect yourself further. What Tor is though, is a way to make mass surveillance so expensive, so hard, that governments will now have to scale down, and focus their resources on specific targets, essentially dumping mass surveillance. And that is the power of Tor.

Now that we got most Tor myths out of the way, we can move on to the next post in the Slicing onions series. Here I will explain how Tor relates to VPNs, what their use cases are, and when you should use one above the other: Slicing onions: part 2 – Onion recipes; VPN not required

About the author Other articles by this author